It's been a while since my last bike build. In the meantime, I've built a baseball pitching machine and a squat rack for lifting weights. Now that my kids are all skilled riders, I decided one Saturday morning that it was time to build a unique bike with them.

Since the kids have outgrown their bikes, the boys have taken an interest in taking them apart, so we ended up with some donor parts. We decided on a tandem. 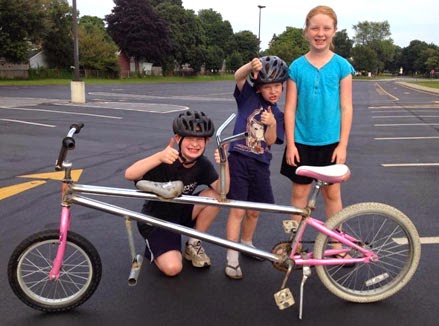 The long tubes are from some parallel bars that were destined for the dumpster at the prosthetics and orthotics clinic where I work. So, we chopped away and made a small tandem in one day.

The kids took a few minutes getting used to the feel of steering with a long wheelbase. 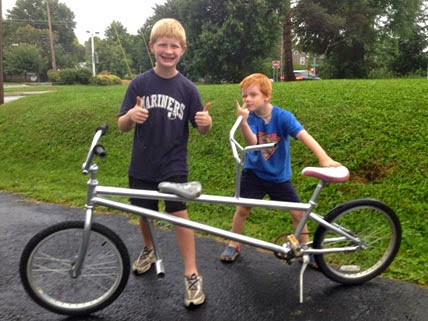 We took it to the school parking lot, and it wasn't long before they were riding around the school and around the block. They had such a blast riding that I had to cut them off at two hours! 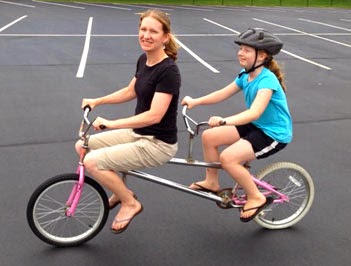 My wife and I took the liberty of riding it as well. The kids love it and can't wait until the next project.

Many thanks to Rex and his family for submitting this article and pictures. Rex has been a member of the AtomicZombie family since we launched our first bike building forum, roughly 10 years ago.


Posted by AtomicZombie at 1:30 PM