There are many pictures and some new videos on the Coasters web site:
http://locojoe.com/coasters/archives/588-2009-Midwest-Bicycle-Fest-Recap.html

Contests included a People's Choice Kustom award which went to Randy French who built and showed off his OverKill-style chopper! 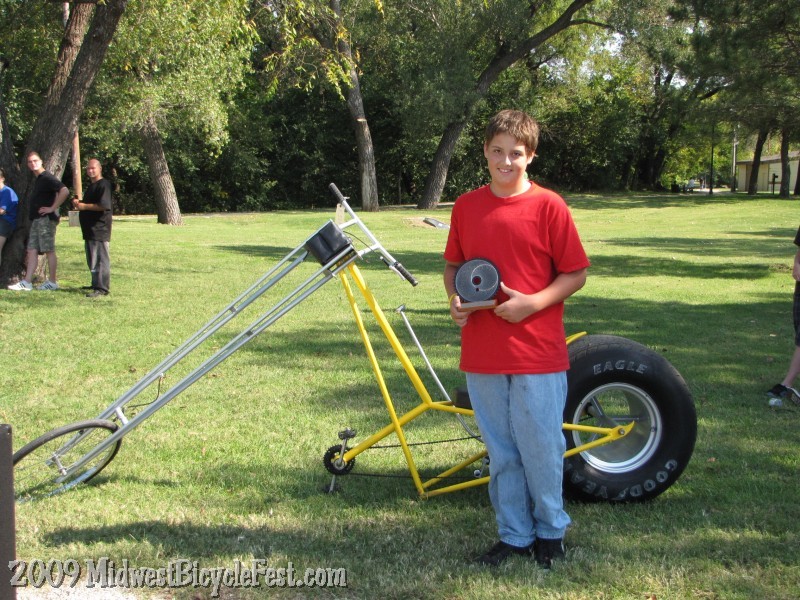 Thanks again Coasters Bicycle Club for inviting Atomic Zombie to participate as a sponsor in this year's fest. Hope we can do it again next year. Well done!
Posted by AtomicZombie at 1:33 PM