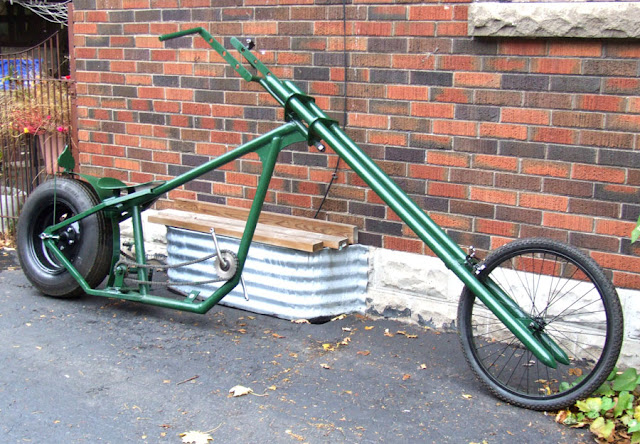 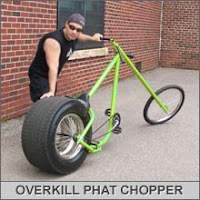 As you can see, OverKill not only rides well, but it dominates the road with its radical proportions and kicks dirt in the face of conformity. Choppers belong to us garage hackers, so let's take back what is rightfully ours and send a message to those who think mass production is the way to go. Get building!
Posted by AtomicZombie at 1:37 PM