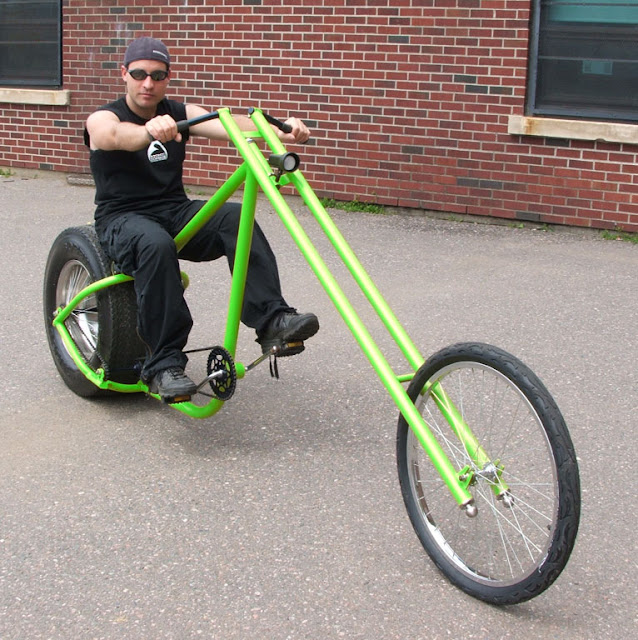 OverKill Bike Chopper DIY PDF Plan
OverKill is appropriately named because everything about it is way over the top. With its ridiculously wide rear wheel, and ultra long forks, what else could it be called other than OverKill? Does a chopper really need a dragster tire on its rear end, or such a high frame? Not really, but does a roadster really need a Hemi? You know where I'm going with this. Actually, the main reason I built OverKill to such outlandish proportions was to retaliate against the mass marketing of big box store choppers.