If I pass the same dogs more than a few times, I always get to know them. Stop, get off the bike and wait for them. If they fight, I fight, but generally they learn to know you and next time will just come by to say hello.

I have only had to become aggressive to a dog twice, and have made friends with many that seem aggressive at first. The chase is just a game.

Once on holidays, we even managed to capture a stray on a secluded beach that was chained around the neck with a sharp fence wire and hold him in place while we forced the chain off his neck. It was killing him as he grew. Everyone was afraid of this guy, but authority made him cooperate.

Once we are friends, on my next meeting, I will hand out some peperoni sticks. 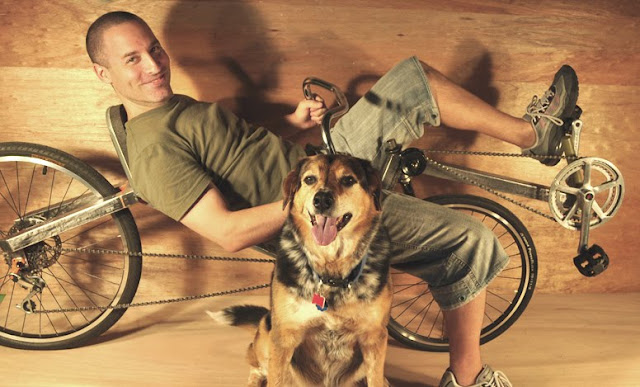 They say dogs can read your attitude and I always think to myself,  "Come here, we will be friends, but nip at me and I will chase you to the ends of the earth and make you pay."  I have only had to fight back twice, and when you turn and run at a dog yelling, it scatters in fear since this is highly unusual behavior from a biped! I refuse to fear a 60 pound, 2 foot tall animal that has no fists or karate skills!!

Just like those "bullies" in school...one crack in the face and that it the last time you have to see them in your way.

But generally, they just want to say hi, and I do like most animals!

Brad
Posted by AtomicZombie at 12:42 AM