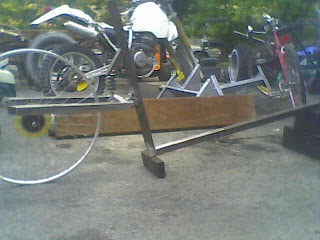 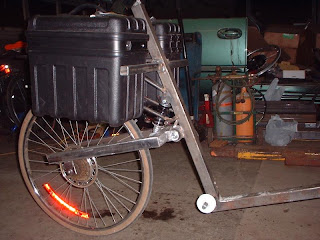 He just joined in July of last year, but Atomic Zombie Krew forum member, "nineball", is getting much deserved high fives and praise from our bike building community with his SWX-Elec hybrid Recumbent Trike.

Nineball started building his recumbent trike in early October last year. He posted pictures and progress reports of his build on the Atomic Zombie forum sharing his ideas, and looking for advice, always posting pictures so we could all follow along and see the build progress. The community has been very impressed with his project over the months.

It started off with a simple frame and quickly progressed: adding cranks, suspension, rear shock, pedals, steering system, wheels, box to house electronics for the hub motor, the seat, and so on. He says in his postings that he did spend a couple of "all nighters" working on it, but check out the amazing progress in such a short period of time. 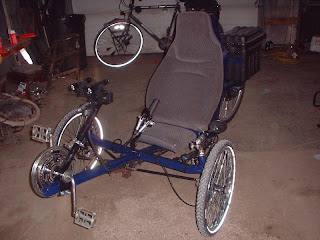 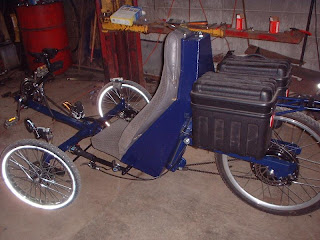 Wow - what an accomplishment! Nineball also plans to install two rear electric LED signal lights, too, which will be connected to the batteries located in the rear box. An excellent job!

Hope some of you are inspired to get involved and get into bike building. I'm sure that Nineball would agree that it's well worth the effort.
Posted by AtomicZombie at 3:33 PM