Here is a picture of my version of the completed OZKat. Ketch Yawl Later. ~ Jon 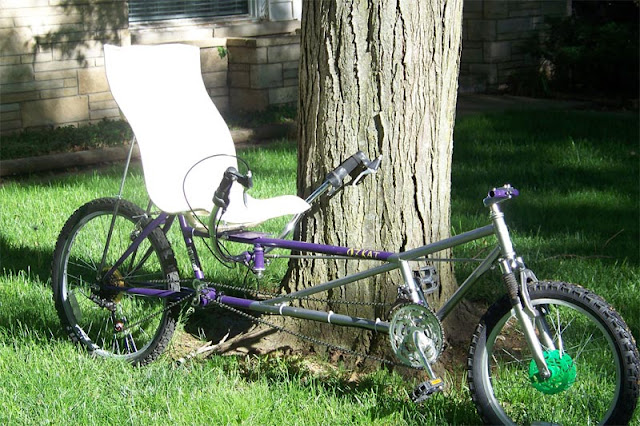 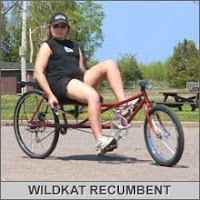 Because the WildKat is a fusion between a lowracer and a touring recumbent, it’s a bicycle for all occasions. Designed for those wanting a stable, easy-to-ride and comfortable bicycle for city commuting or long leisurely rides, it also jumps into action when you want that all out fast and furious blast around the track or neighborhood. Another interesting feature of the WildKat is its under seat steering configuration that lets you ride with your hands in a more natural position, rather than the usual “in front of the face” position on many over seat steering recumbent bicycles.
The WildKat can be easily built by anyone with a welder, a grinder, and a few scrap parts such as an old upright bicycle and some electrical conduit. The completed recumbent is just as light as many production models, certainly just as strong, and will give you a lifetime of faithful service. The cost of building the WildKat is up to the builder, and will be dependant on the quality of components such as brakes, wheels and transmission hardware used, but typically, the bike can be completed for under $100 if you already have a donor bicycle to use as parts for the frame


Posted by AtomicZombie at 9:24 PM