I am taking to my Local Bike Shop (LBS) about 16 miles away, that also sells the TerraTrikes, so they should know their stuff on three wheel recumbents. Only thing is, they want $39 for front & rear derailleur adjustment. That's twice as much as everyone else around this area. 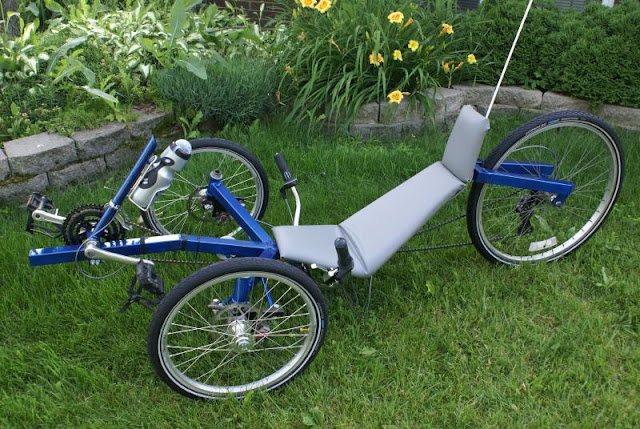 I called a bike shop yesterday in Ann Arbor (college town, they also sell recumbent three wheelers) and they only wanted $19, but didn't know when they would have it back to me. The gear that I was in when this happened, I believe was second largest gear in back, middle one in front, and #1 on the twist shifter, but never will go into 1st.

I took it to another LBS yesterday thinking that he may be able to work on it, but didn't have time. Said that the derailleur had lots of side-to-side slop. I showed him another derailleur that I had off of another bike and he said that it was alot better quality than the one on the bike, so I will take that with me in a few minutes to the other LBS, have 10am appointment, so gotta go. Thanks for the feedback, and I will let you know what happened. 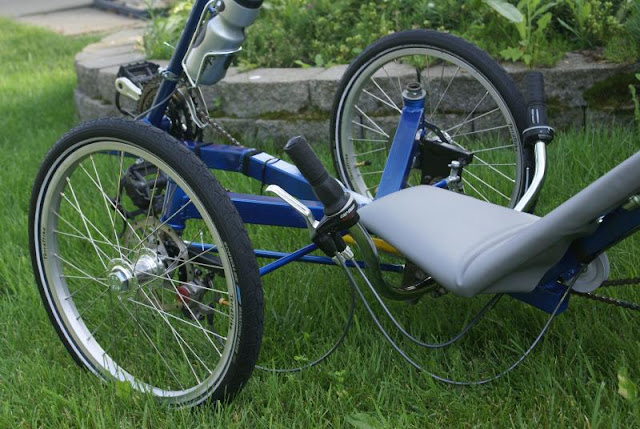 Got bike back from LBS. Was going to charge $38, and only charged $25 Changed rear derailleur, and adjusted, and tweeked front derailer. I asked the mechanic at LBS to critique the bike, and don't worry about being critical about things because I wanted his honest opinion about the bike build, what I may have done wrong, and some suggestions maybe for the next time. He said that he sees alot of homemade bikes come in and out of the shop, and this is the best one he has ever seen.


SO, compliments to Brad & Kat on all the hard work to come up with this design. 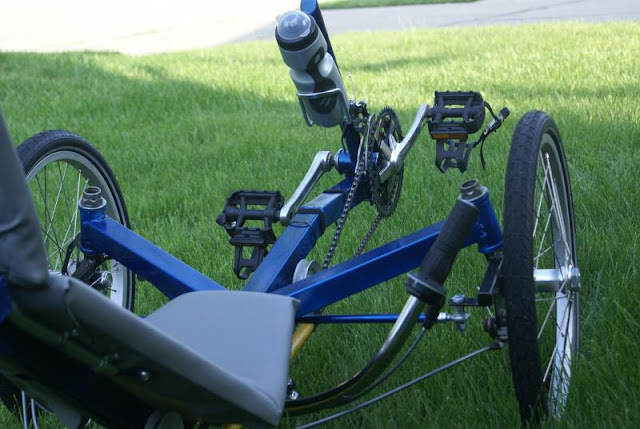 I guess I will take a small pat on the back for sticking this out, when I had many doubts that I could do it. I have had nothing but compliments on the bike from everyone that sees it. It has become a neighborhood thing where neighbors beside me and across the street has come over quite frequently, just to check on the status of my build.

I threw in a couple pics below of the finished product. Thanks to all who pushed me onward to finish.
I want to see about putting on a wireless bike computer. I see that Wally World has a Bell Platnum Series one for 19.99. Just have to figure out how and where to mount everything.