Introduction from the DIY Plan: 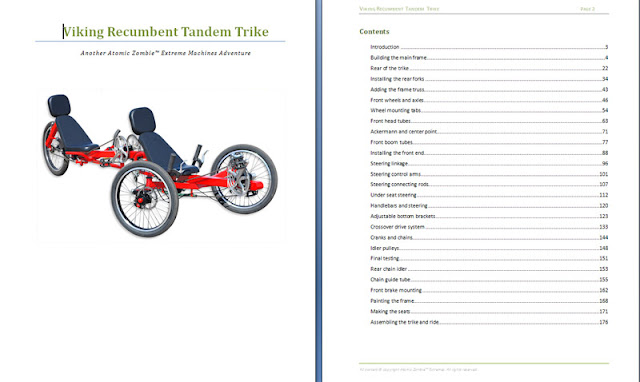 The Viking Tandem Trike brings the dream of owning a high quality tandem tadpole trike into reality. With dual disc brakes, under seat steering, and an independent transmission, the Viking Tandem trike would easily pass for an expensive production import; the only thing missing is the $8,000 price tag! Built using inexpensive bicycle components and steel tubing, the Viking weighs in at only 80 pounds, which is only a few pounds more than a production trike, yet it is capable of carrying much more weight due to the unique frame design. There is not one single machined part on the entire trike, and everything can be built using only a basic welder, hand drill, and an angle grinder like I did! 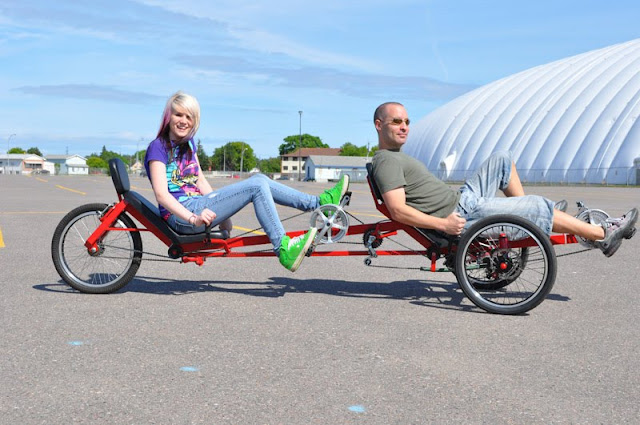 The handling and braking characteristics of the Viking Tandem Trike are excellent, and the laid back recumbent position is extremely comfortable for touring or commuting. Having a semi-independent transmission, the Viking allows the Captain to have complete control over all gears and braking, but does not allow the Stoker to control the Captain’s cranks. 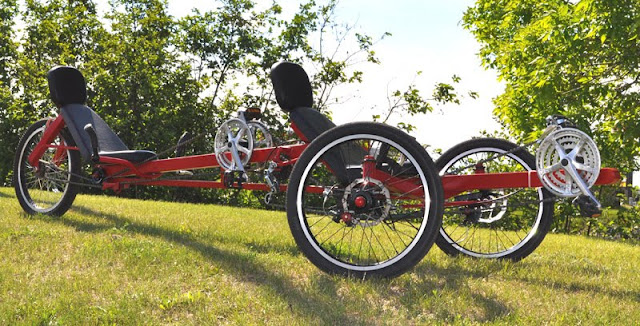 The Viking Tandem Trike uses commonly available 20mm disc brake hubs, so there are no hard-to-find or overly expensive components needed. The frame is completely made of square steel tubing, and everything else on the Viking Trike can be found at bicycle shops or hacked from scrap bicycles. The building process is designed to allow anyone with a Do-It-Yourself desire to finish his or her own version of the Viking Trike without requiring previous bike building experience or specialized tools and skills. 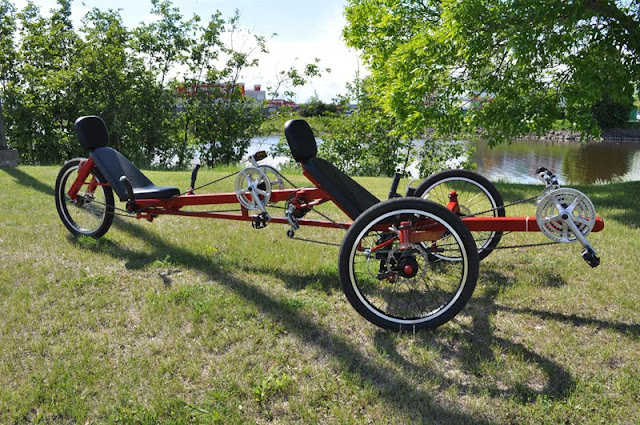 With plenty of room on the frame for a large battery pack, the Viking lends itself well to become a street worthy electric trike, and with a full fairing, would make an excellent velomobile. The plan is laid out in a format that makes customization or alternate parts usage a breeze, so you will certainly be able to include your own imagination in the process of building a recumbent trike.

Posted by AtomicZombie at 11:49 AM