"My Military style Chopper based on your Overkill Chopper. Like you, I just used what I could get for free or cheap which is how I ended up with that massive rear tire. I still have a little bit of work to do, but it is on hold while the weather is nice so I can ride it! Since those pictures were taken I have also made some grips out of wrapped 550 cord and installed the brake lever/cable/caliper.

Future plans include a rear fender, a much larger rear brake disc and some stencils and other paint work, maybe even a three speed hub as the idler to effectively make it a transmission."  ~ Kevin Bein 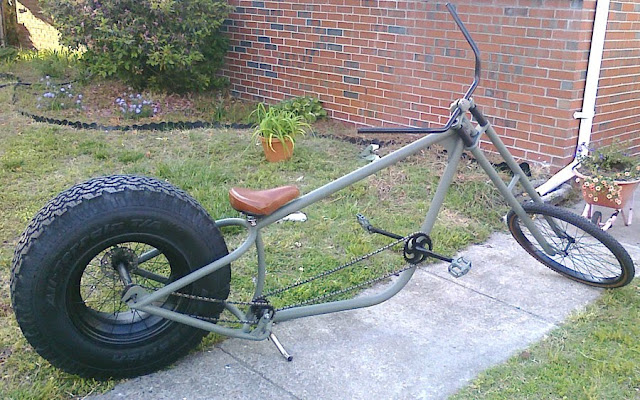 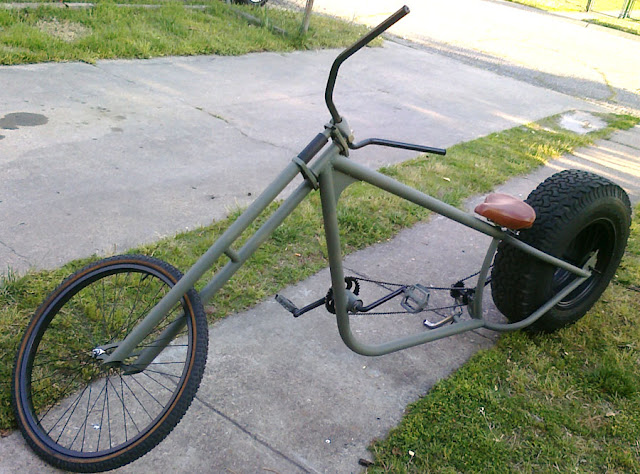 Posted by AtomicZombie at 10:30 AM