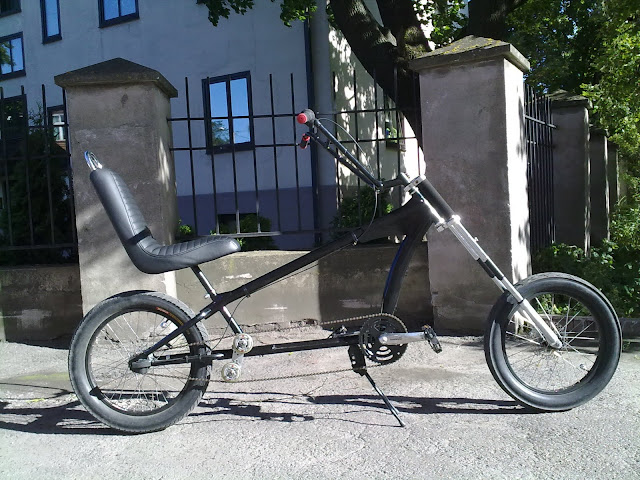 Hi! I live in Estonia and I am bicycle mechanic. Here are some pictures of bicycles that I have modified.  ~ Greetings from Estonia, Riho Leppik 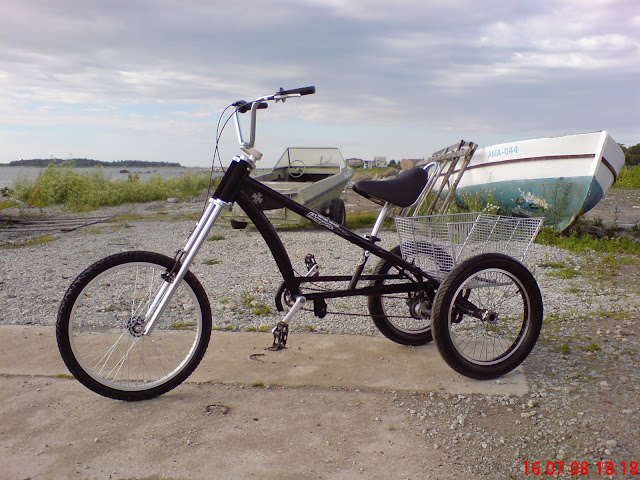 "The Republic of Estonia (Estonian: Eesti Vabariik), is a state in the Baltic Region of Northern Europe. It is bordered to the north by the Gulf of Finland, to the west by the Baltic Sea, to the south by Latvia (343 km), and to the east by the Russian Federation (338.6 km).[8]

The territory of Estonia covers 45,227 km2 (17,462 sq mi) and is influenced by a temperate seasonal climate.The Estonians are a Finnic people, and the official Estonian language is closely related to Finnish.

Estonia is a democratic parliamentary republic and is divided into fifteen counties. The capital and largest city is Tallinn. With a population of only 1.34 million, Estonia is one of the least-populous members of the European Union." ~ Wikipedia 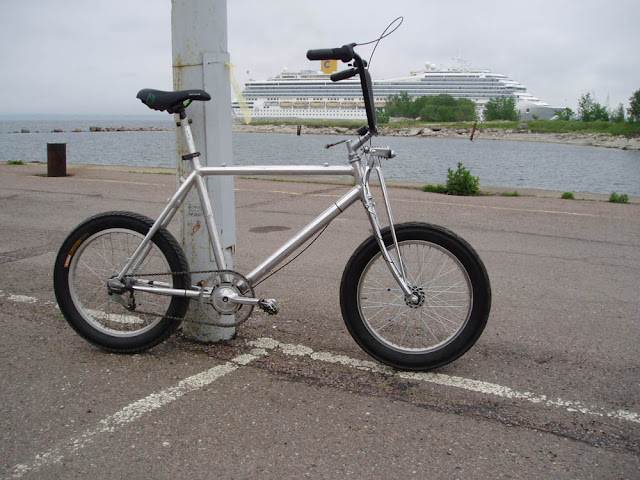 Posted by AtomicZombie at 12:57 PM